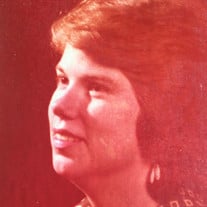 Suzanne L. Betley, (“Sue”), of Winthrop Harbor, Illinois, passed away on August 16, 2016, at the University of Chicago Hospital, following a short illness. She was born in Chicago on December 11, 1954, the daughter of Stephen and Eleanor (Anderson) Betley. She was preceded in death by her parents Stephen (June 1991) and Eleanor (November 1989) and older sister Christine, who died at the age of two. While in high school, Sue moved with her parents to Somerset, New Jersey. She was still in contact with many friends from that area. Upon her father’s retirement, they returned to the Chicago area and settled in Lindenhurst. After her parents’ death, she moved to Winthrop Harbor where she resided until her death. She felt she was very fortunate to have great neighbors. Sue was employed by Medline Industries where she enjoyed the friendship of her colleagues and the challenges of being a Returns Analyst. She loved dogs, the Chicago Cubs, reading, Star Trek and Star Wars. Sue enjoyed spending the holidays and other occasions at the home of her cousin, Connie (Deacon Jim) Schiltz and the extended family and friends. She will be missed by them and their daughters, Therese Schiltz, and Michelle (Ernie) Taing and their sons, Christopher and Andrew. She will also be missed by her cousins, Geraldine (James) Rizik, Othilia (Joseph) Weglarz, and Bernadine (Thomas) Karr. Her smiles and friendship will be missed by all. Suzanne’s life will be celebrated at a Memorial Mass to be held at St. Constance Catholic Church, 5843 West Strong Street, Chicago, Illinois, on Saturday, August 27th at 11:00 a.m. A private burial will be held at Antioch Hillside Cemetery at a later date. For more information call (773)545-3800.

The family of Ms. Susanne L. Betley created this Life Tributes page to make it easy to share your memories.

Send flowers to the Betley family.