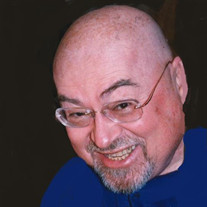 Milenko (Mike) Borkovich (1948-2015) Milenko Borkovich was born on June 15th, 1948, to the late Zorka (Medić) Borkovich and the late Marko Borkovich. His parents were living in Germany at the time, having been sent to labor camps there from their homeland in the Kozara region of northern Bosnia by the Nazi regime during World War II. With the end of the war, they remained in post-war settlement camps in Germany, where Milenko was born shortly after his older sisters Milena and the late Nada came into the world. In 1950, the family left Germany to move to the United States, settling in Chicago. Like many of those who arrived as refugees or “displaced persons” after the war, Milenko and his sisters were deeply affected by the traumas of the war that affected their parents, who lost their families and home and survived terrible abuse at the hands of their captors. The family’s home life in the States was often difficult, and the good times they remember usually meant simple pleasures enjoyed by the siblings together with their mother. As his parents’ only son, Milenko’s childhood and youth were spent surrounded by his four sisters Milena, Nada, Danica, and Marija—his youngest sister Marija remembers that he must have been overwhelmed at times having to deal with so many girls in the house. Milenko was better known to friends as Mike, or by his affectionate nickname “Boots” (or “Bootso,” as his late mother called him). Along with his family, Milenko was an active member of his community in Chicago. Those of his generation remember him from his teenage years as a sweet person and a good dancer. They spent many hours with him at community dances and picnics, and fondly recall dancing with him in the early years of the “SOKO” youth dance group of the Holy Resurrection parish. After high school, Milenko attended Devry University. He was a draftsman by trade. In the early 1980s, he was offered a job in Baltimore and relocated there together with his family. He lived the rest of his life in Maryland, returning to Chicago periodically to visit with his family here. Milenko was father to five children: Mark, Angela, Sandy, Julie, and Mike. He was also blessed with six grandchildren: Michaela, Delaney, Luke and Stella, Luke, and Rocco. He is also remembered by his two nephews and two nieces, the children of his youngest sisters Danica and Marija: Stefanija, Aleksandar, Marko, and Dejana. He was preceded in death by his father Marko Borkovich; he tragically lost his sister Nada to cancer only two years ago, and only last year his 90 year old mother Zorka also departed this world. We pray that he is reunited with them now, where they may all find peace and enjoy eternal rest together.

Milenko (Mike) Borkovich (1948-2015) Milenko Borkovich was born on June 15th, 1948, to the late Zorka (Medi&#263;) Borkovich and the late Marko Borkovich. His parents were living in Germany at the time, having been sent to labor camps there... View Obituary & Service Information

The family of Mr. Michael Borkovich created this Life Tributes page to make it easy to share your memories.

Send flowers to the Borkovich family.