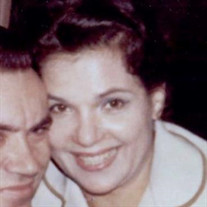 Lydia Kasjanenko Pelypenko passed away at the age of 95 on September 11, 2021. Lydia was born on February 15, 1926 in Ukraine to Wasilij and Warwara Kasjanenko. Lydia spent her early childhood in Ukraine until her family’s home and property were seized under the domination of Ukraine by the former Soviet Union. She and her family were exiled by the former Soviet Union to Siberia for ten years, where they experienced extreme deprivation. After World War II, Lydia and her family made their way to Germany where they were located in a Displaced Persons camp overseen by the United States military in Regensburg, Germany. While living in the Displaced Persons camp, Lydia received a college education, concentrating on mathematics, from fellow Displaced Persons who had been college professors prior to the war. She also married and had a daughter, Nina, in 1949. After six years in the Displaced Persons camp, Lydia and her family were allowed, along with 400,000 other Displaced Persons, to immigrate to the United States, due in large part to the leadership of President Harry S. Truman, who persuaded the US Congress to modify the immigration laws to allow the immigration of Eastern European Displaced Persons. Lydia and her family settled in Chicago to become part of the broader Ukrainian-American community. After several years in Chicago, Lydia’s first marriage ended, and she later met the love of her life, Mykola “Mike” Pelypenko, also from Ukraine, whose family had also been exiled to Siberia and spent years in a Displaced Persons camp in Germany before being allowed to immigrate to the United States. Lydia and Mike enjoyed a marriage of 45 years ending upon Mike’s passing in 2006. Lydia was a longtime employee of Commerce Clearing House in Chicago, while Mike was employed for many years as an Electrical Engineer for the City of Chicago. Lydia and Mike welcomed two daughters in Chicago, Elizabeth and Ludmila “Dolly”. The family were longtime parishioners of St. Sophia Ukrainian Orthodox Cathedral in Chicago. Lydia loved music, dancing, cooking and being an active participant in the Ukrainian-American community in Chicago. Lydia was predeceased by her parents, Vasilij and Warwara Kasjanenko, her beloved husband, Mike Pelypenko, her daughter, Nina Stuark Pavlov (the late Robert Stuark), and her sisters, Raisa Kasjanenko Ludwig and Helen Kasjanenko Stepowy. She is survived by her daughters Elizabeth Pelypenko of Sandy Springs, Georgia (Patrick Gunning) and Ludmila “Dolly” Pelypenko Dugan (Hugh Dugan) of Joliet, Illinois, as well as her grandson, Valentino Italo of Sandy Springs, Georgia. Resting at Muzyka & Son Funeral Home, 5776 W. Lawrence Ave., Thursday, September 16, 2021, from 5:00 until 8:00 p.m. with a 7:00 p.m. Panachyda (Wake Service). Funeral Service 10:00 a.m. Friday at St. Sophia Ukrainian Orthodox Cathedral, 6655 W. Higgins, Chicago. Interment at Elmwood Cemetery, River Grove, IL. In lieu of flowers, donations in her memory to St. Sophia Ukrainian Orthodox Cathedral, 6655 W. Higgins, Chicago, IL 60656, would be greatly appreciated.

Lydia Kasjanenko Pelypenko passed away at the age of 95 on September 11, 2021. Lydia was born on February 15, 1926 in Ukraine to Wasilij and Warwara Kasjanenko. Lydia spent her early childhood in Ukraine until her family&#8217;s home and... View Obituary & Service Information

The family of Lydia K. Pelypenko created this Life Tributes page to make it easy to share your memories.

Lydia Kasjanenko Pelypenko passed away at the age of 95 on September...

Send flowers to the Pelypenko family.